When we were first getting to know Brett Nadal, we learned he comes from a multi-cultural family with Cuban and German heritage. In looking at his work, you can tell that he enjoys studying people who have different upbringing and traditions. We recognize how important drawing from those traditions is for Brett and his work and how he brings those experiences with him on set when relating to his talent. In this latest project documenting soccer player Adam Ender Misirly, Brett directs motion and shoots stills all while giving us a lesson in soccer culture and its many manifestations. Here is our conversation.

You’ve said you “drink from the soccer fountain.” Why do you continue to choose this sport and the people who play it as your subject matter?

To spend your day portraying a sport that you understand deeply, I feel, makes for a truly special day and makes the work a bit more intimate. I grew up in a soccer culture in the 90s, playing throughout my childhood.

I would get my hands on oddball soccer magazines as a kid and keep them with me all the time, exploring the photography for days.

Nearly everywhere life has taken me, soccer is always a means to a warm welcome — I play soccer with friends and cousins in Cuba; My family in Germany lives and breathes soccer; I was welcomed by my soccer teams at my university in England and then in the USA. Chicago hosted World Cup games in 1994, and I was incredibly fortunate to attend with my grandfather. My brothers and I would see Chicago’s pro team play every weekend growing up. 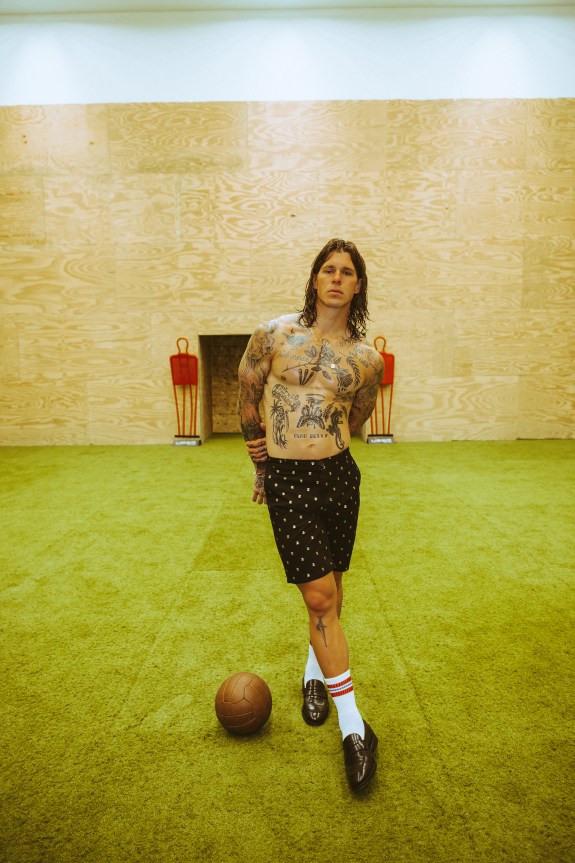 However, soccer has always has been recreational for me. I never imagined it as a professional endeavor.

I have an ongoing personal project about informal soccer clubs (generally speaking) that has led me to make friendships with players who are fascinating people. 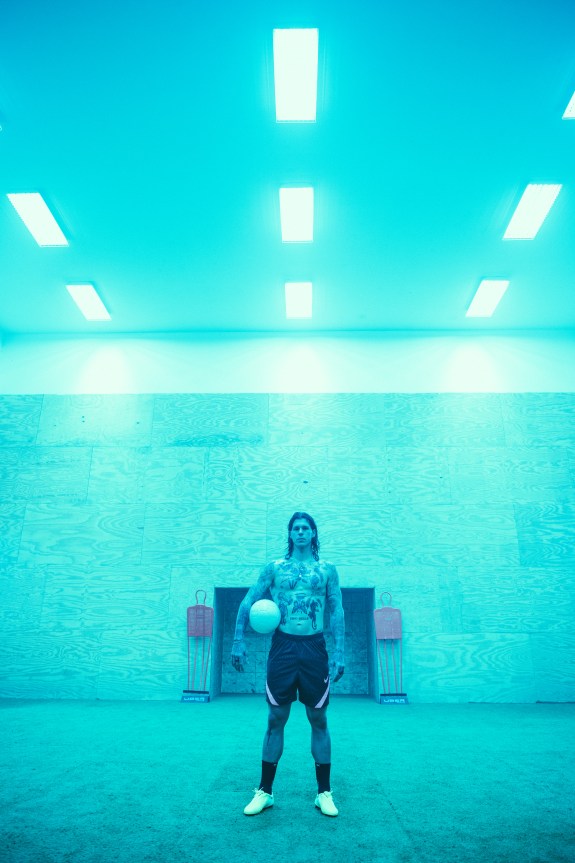 What have you come to understand about soccer players that intrigue you?

Soccer players enjoy a commonality that transcends language — it’s more of a language in and of itself. The sport is so widespread that what you find is that your style of play is a lot like bearing the dialect of where you’re from. Latin Americans play very fast-paced, German players tend to play with a lot of power, and Nigerian players often play with a lot of flair. Different cultures play with different emphasis.

Athletes like Adam are capable of physical feats that I am not, so naturally, pro athletes are fascinating people in that regard. They work very hard on themselves and their gifts, so they often make great photographs and are enthusiastic about being photographed. People shouldn’t want to hide their joys.

How did you come upon Adam Ender Misirly? What is his story?

I came across Adam’s brand while researching an ongoing personal project about grassroots soccer clubs. I spoke to him over the phone and found out we didn’t grow up far from each other — he told me a bit about what he does and we made a friendly connection almost immediately. 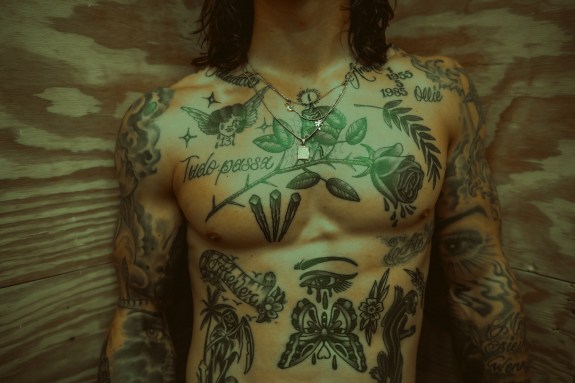 Adam is a professional player who happens to play season-to-season with any club (usually internationally) that will have him. He works out a contract and sets off to different continents to play with a new team every year. He has powerful emotional ties to places and friends all around the world. Some of his tattoos reveal a few of those connections. 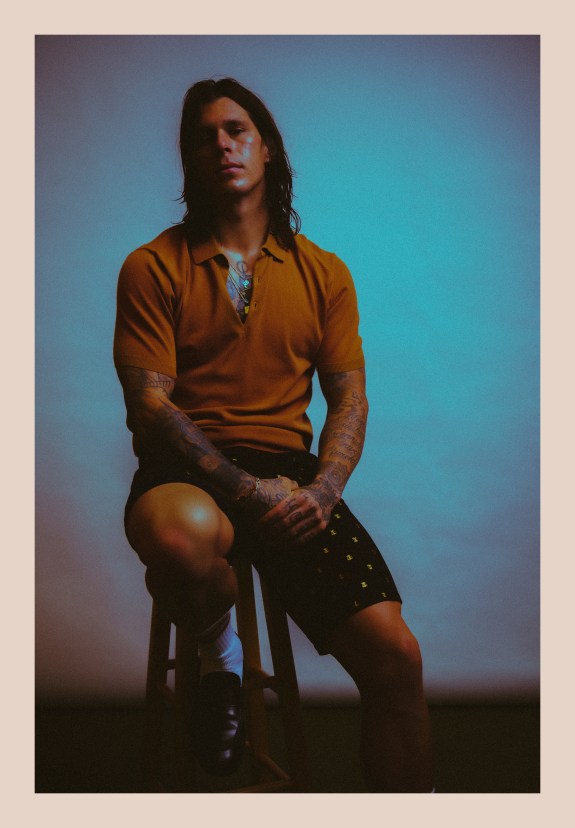 The pandemic, as for most of us, keeps him home this year. He spends his time training other players of all ages and working on his brand for training and apparel. He explained that most days, he spends anywhere from six to ten hours on a soccer pitch.

We’ve lived through some strange times recently as it is. Peers of my generation (millennial) often support themselves with odd jobs. Adam Misirly’s personal and professional lifestyle is incredibly inspiring and absolutely dripping with coolness. I’ve never met anyone who lives a life quite like his. 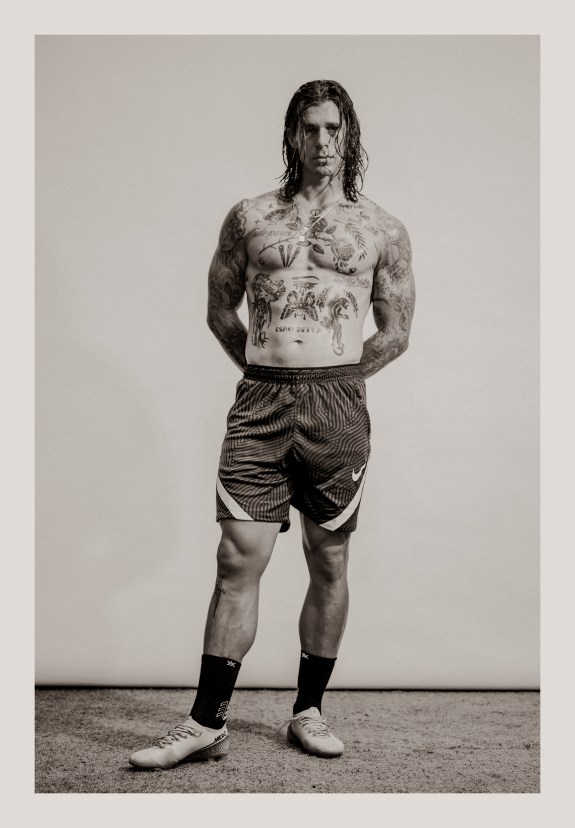 Having worked on multiple projects creating both motion and stills in a single shoot, this project, shot during COVID, had a skeleton crew. How did you approach this project differently?

It’s very often that my clients commission me to capture both stills and motion. If I’m not working in tandem with a separate motion production, I’m commissioned simultaneously as both director and still photographer. Both mediums are incredibly vital for different applications and require slightly different creative areas of thought. I enjoy capturing both, and thankfully, I think I have a talent for them! It’s valuable to clients to be able to execute both motion and stills in one production. It’s also gratifying to be able to produce and capture an entire campaign — both motion and stills — through one vision and creative point-of-view. 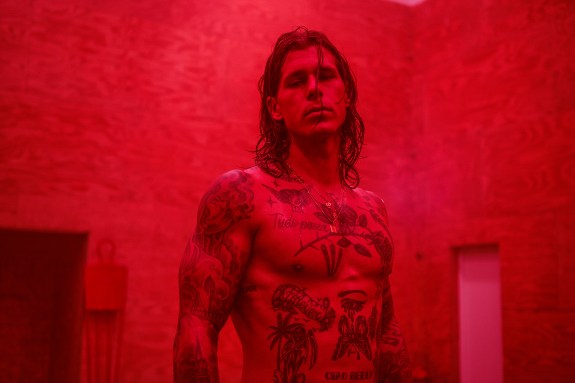 My DP, Samer, and I worked consistently during the pandemic and knew the proper protocol. We saw Adam Misirly’s willingness to be our subject as an opportunity to have some fun and try a few techniques and serve our interests. This project was different because we simply followed our nose to a subject we knew was interesting and were able to use our experience to create visuals we loved. I wanted to capture Adam and soccer, and my DP wanted to try out a few camera techniques.

After some creative discussion and establishing some directorial input, it turned out to be the perfect experiment.

Can you share what your intent was in shooting the short motion pieces?

Motion and still are two different areas of thought for a visual artist, captured with some of the same tools. Just like editing and editing stills, I think it’s crucial for me to be able to capture motion, even just short motion edits.

For today’s digital mediums, like social media, short motion edits are a beautiful way for viewers to engage with the experience you’re presenting. Fast cuts of motion are fun and very effective. Editing, colorizing, and finishing short motion loops are not far creatively from where my brain is when I’m working on stills. 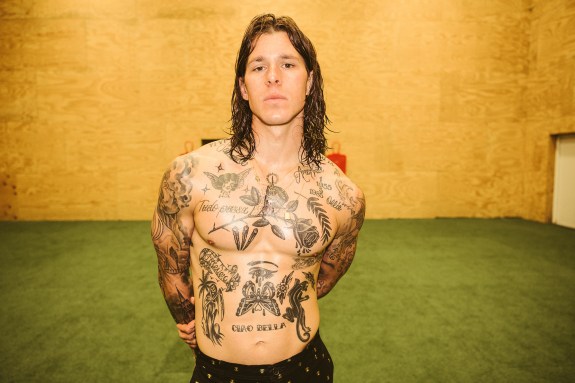 I captured and retouched the stills and directed the motion. Samer Almadani captured the motion, and Adam Slutsky put some magic into the motion editing. I appreciated the dynamic of these young American guys coming together for the love of an international sport that is still, in many ways, gaining traction as a serious sport in the minds of many Americans. 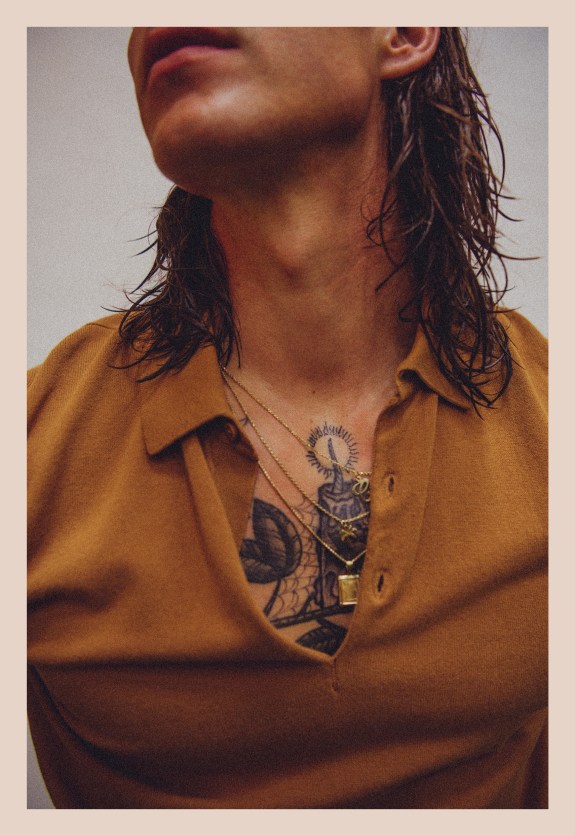 If you had a crystal (soccer) ball, can you see what soccer projects might come to fruition in the future?

Definitely — I’d go after any subject matter relating to soccer or soccer culture every chance I get. I’m expecting my eventual collection about soccer clubs to be as special to others as it would be to me.

Follow Brett on Instagram for more motion and stills showing what it is to see and be seen.