“Creating work made better through a blend of passion, talent, experience, and phenomena.” 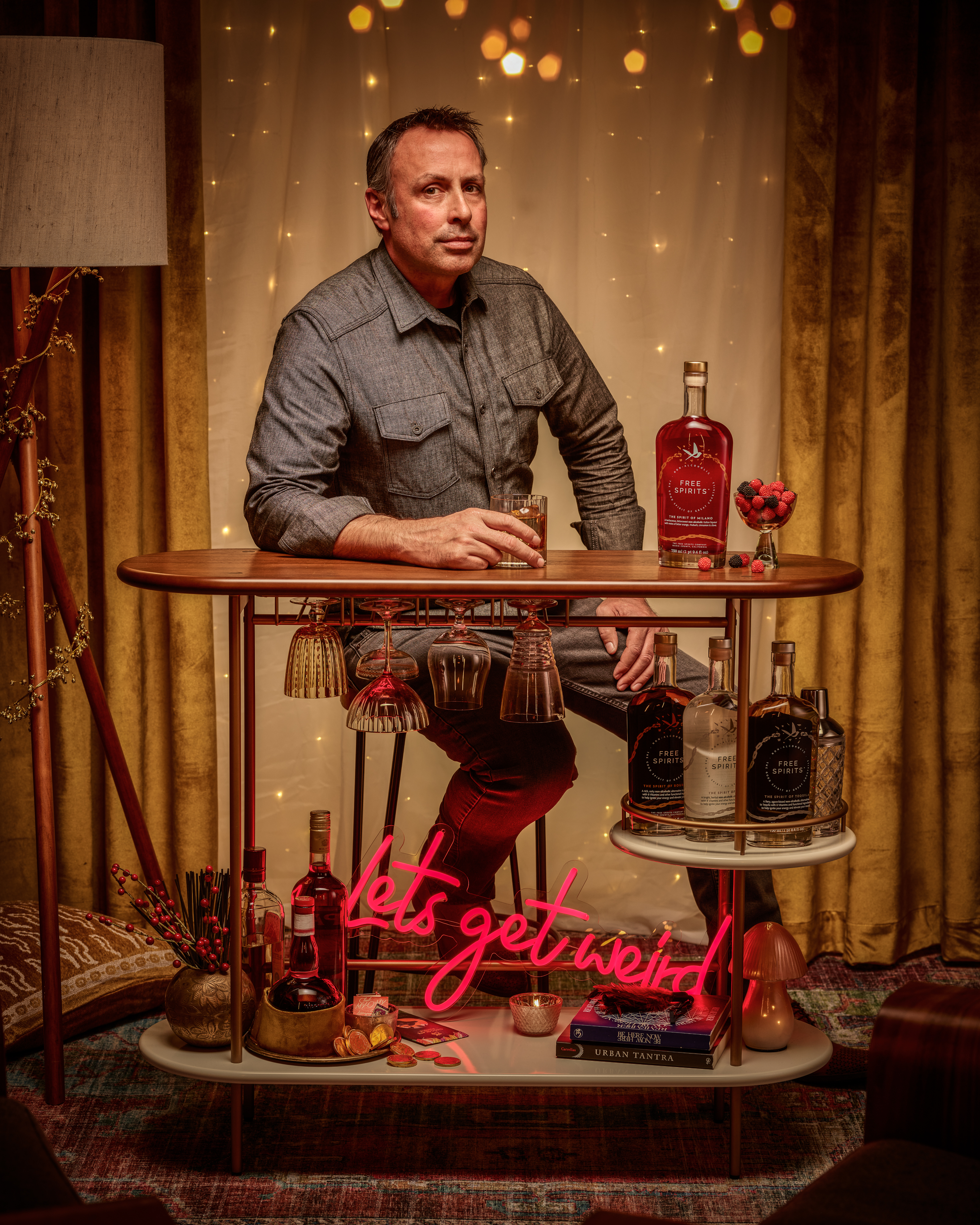 I grew up the son of back-to-the-land hippies who shook up the traditional family roles from which they had come. My parents took sanctuary in the Sierra Nevada foothills surrounded by other like-minded artists, dreamers, and experimenters. And into this sanctuary, my two siblings and I were born.

For a kid, living in the foothills was idyllic and without boundaries. Communal living meant pooling resources, chores to be shared; sustainability reigned supreme. Kids were encouraged to question conformity, pushed to think about ways to create the kinds of environments where anything is possible, ways to make new universes within the old.

Creativity abounds in the foothills, and inspired as a seven-year-old, wearing my thrift-store cub scout uniform, I took to the woods with my mother’s camera in tow. Because I knew the film was expensive, I began my photography career by taking one picture a week, each time carefully considering my story, how I would craft each scene, incorporate my toys, my props. This time alone was my way to step back from the communal, to slow it down, to dream, and to create.

As a teen moving back to a small town outside of San Francisco, I took a job with a photographer/former marine. From him, I saw a formal system for the first time; learned about punctuality, accountability, commitment, and follow-through.

I have always followed my passions, engaging in photography work in some capacity throughout the years. But it was later, working a diverse range of jobs at a high-pressure fashion and still life studio where I began to fully comprehend all that was possible with photography —that while it is a tool for discovery, I could see that its ripple effects are a reminder that anything is possible.

It is my belief that to truly see what is possible; one must first create the kinds of environments where the crazy things can happen, a habitat to produce alchemy — where passion, talent, and experience can blend, and magically transform to make something stronger and better. This is how I approach my photography. It is, after all, what I have spent a lifetime building — that one should have a hand in making any outcome occur. I don’t think I have ever thought otherwise.

And while I’ve learned to respect the ambition of infinite options, I also believe that one must balance this constant questioning of conformity with allowing time for stillness and phenomena to play its role. Maybe this is why travel is cathartic for me; a reminder of what I learned as a child, that the act of a mental escape is what builds and sustains our full identities, our families, and our communities.

Ultimately, I want the imagery that I create to have this balance — narratives that are charged with possibility but also the beneficiary of balance and zen. For this is where I find I am most empowered to create something unexpected, that has been nurtured and fostered under the umbrella of an alchemic, collaborative spirit.

Lupine Hammack Challenges Perception with 'This is Not Food'

Surrealist art meets challenging social norms in Lupine Hammack's series, 'This Is Not Food'. Lupine and Creative Partner Sarah James conceived this personal project as a nod to artist Magritte and as a way to challenge how we perceive things.

Creating movement within a still portrait can seem impossible and might turn others away from such a project. However, Lupine Hammack is excited by the idea of doing something unimaginable. His alchemic mind is always buzzing with ideas, so when Brian from design studio SLATE came to him asking if he could create slow moving portraits of a dog to highlight new veterinary medicine technology, Lupine was all in.

"Your reputation precedes you" is a phrase that can be nerve wracking to hear. But when you're Lupine Hammack, it is usually followed with a need for a photographer who can take an ordinary project and transform it into tantalizing visuals. Such was the case when the Senior Director of Video at Kendo saw a job for Fenty involving cherries getting lit on fire, and immediately though of Lupine for the job.

With a vision through 'Alchemy', Lupine Hammack is always looking for ways to create by combining simple elements and turning them into something magical.

Lupine Hammack is always able to see things from a different perspective, which becomes indispensable on projects, especially like this one with Kleiner Perkins.

Lupine Hammack's Curiosity Rewarded Him With the Perfect Partnership

Lupine Hammack's curious nature landed him an introduction to fuseproject and a chance of a lifetime to visually explore their one-of-a-kind masterpiece.

With a vision through 'Alchemy', Lupine Hammack is always looking for ways to create by combining simple elements and turning them into something magical.